Single vs. Repeated Infusions of Ketamine for Treatment-Resistant Depression

It has been well studied that ketamine has rapid and powerful antidepressant effects for people in whom traditional antidepressants haven’t worked. However, most studies’ protocols only include effects after a single infusion, not multiple infusions with maintenance dosage. The few studies that have looked at repeated ketamine infusions did indeed find that the antidepressant was prolonged the more infusions were given, however relapses still occurred once infusions were stopped. While ketamine is very effective at improving depressive symptoms and even suicidal thoughts, the duration of these effects and how best to maintain them is still unknown. A trailblazing new study from March 2019 published in The American Journal of Psychiatry aims to answer these questions. 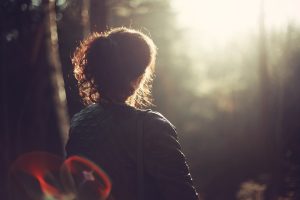 The clinical trial enrolled 63 patients with treatment-resistant depression and randomized to receive a single ketamine or placebo infusion, followed by 6 repeated infusions over a 2-week period (again of either ketamine or placebo), finally followed by a maintenance period of once weekly ketamine infusions over 4 weeks. The main goals of this trial were to see whether there would be increased response rates in the repeated infusions compared to the single infusion, and if the maintenance schedule would prolong the antidepressant response obtained by the “loading dose” phase (the 6 initial infusions over a 2-week period). The results were as expected and very positive – patients who received 6 repeated ketamine infusions over a 2-week period had a more significant decrease in depressive symptoms compared to those who only received one single infusion, and this improvement remained in the patients who received the weekly maintenance infusion. This study was consistent with previous ones, in which a single ketamine infusion had maximal antidepressant effects 24 hours after the infusion. Furthermore, over half of the study patients responded to the ketamine treatment (at least 50% improvement in depressive symptoms) and almost a quarter of patients achieved complete remission. This study did not report any serious adverse effects, suggesting that repeated ketamine infusions are safe in the short-term.

The results of this study suggest that the best protocol to achieve and maintain resolution of depressive symptoms is with an initial “loading dose” phase of ketamine infusions, consisting of 6 infusions, followed by a maintenance phase of once weekly infusions for 4 or more weeks. At Principium Psychiatry, our protocol follows these suggestions and is further individualized based on the needs and symptoms of each specific patient.