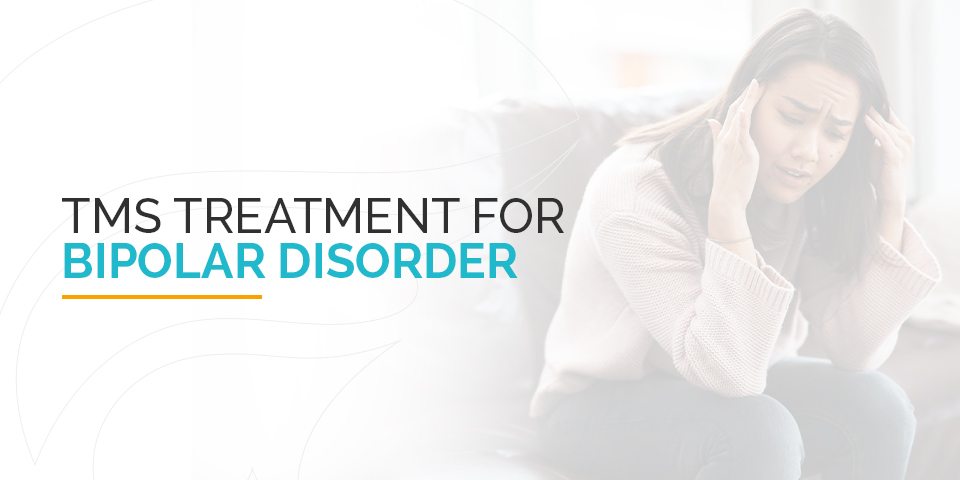 In the United States, nearly six million people live with bipolar disorder. The symptoms of bipolar disorder commonly appear in people in their 20s, but they can also occur in people much younger or older. Like most mental illnesses, bipolar disorder is not diagnosed with a blood test or imaging. Instead, health care professionals will rule out any other potential causes and diagnose the condition based on an evaluation of a person’s symptoms and behavior.

Medications, such as mood stabilizers, antipsychotics and antidepressants, are commonly used to manage bipolar disorder. But sometimes antidepressants do not have the desired effect. Transcranial magnetic stimulation (TMS) is an option for people in this position. Learn more about how depression affects people with bipolar disorder and how TMS is a potential course of treatment.

Bipolar Disorder and Differences with Depression

Dramatic shifts in mood and energy levels characterize bipolar disorder. People with bipolar disorder will cycle through periods of high energy, called mania, and periods of depression, when they may feel sad and hopeless. The Diagnostic and Statistical Manual of Mental Disorders (DSM) recognizes four distinct types of bipolar disorder:

While there are different types of bipolar disorder, depressive episodes are a major symptom that they share in common. The severity of bipolar depression can vary based on the type of the disorder and the individual, but it is always an important symptom to treat.

TMS is a noninvasive treatment that uses a magnetic current to deliver an electrical current to the brain. TMS targets a specific area of the brain — the left dorsolateral prefrontal cortex. This area of the brain plays a role in mood regulation, and TMS works by stimulating the neurons in this part of your brain. In doing so, TMS aims to relieve the symptoms associated with depression and bipolar depressive episodes.

Before you begin your treatment course, you will undergo a process called brain mapping. This procedure ultimately locates the targeted area of your brain and helps your treatment providers determine the length of your sessions and the energy level necessary for your treatment.

What can you expect during your first appointment? You will sit in a reclining chair similar to the kind you find at your dentist’s office. Your health care provider will place the magnetic coil used to deliver the electrical current on the left side of your head. You will wear earplugs during the session, but it’s likely you’ll still hear the click that accompanies each pulse.

While you may be a little nervous during your first session, you are free to read, talk or watch TV for the duration. The session length will depend on your treatment plan. Some sessions run 20 minutes, while others can be up to an hour.

Many patients begin to notice a change in their mood after just a few weeks of treatment. The effects of TMS can last long after the treatment period. 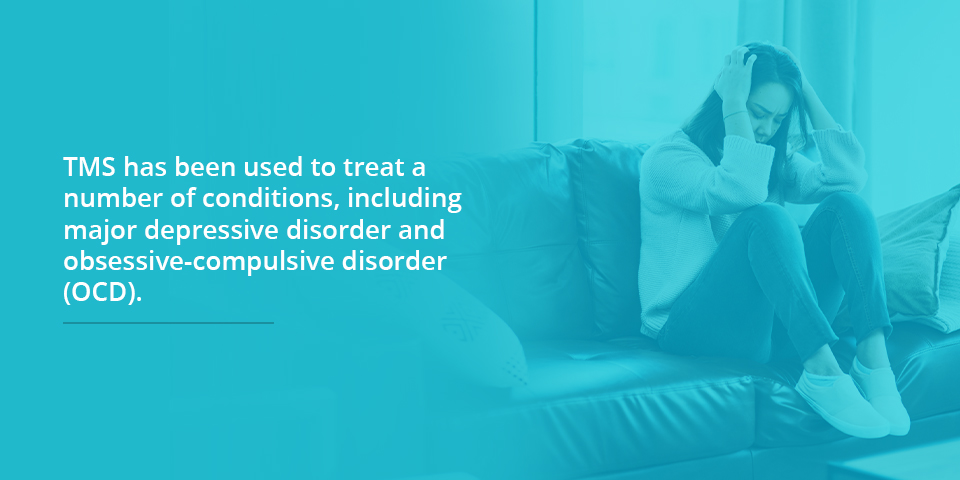 TMS is approved for bipolar disorder treatment plans. TMS has been used to treat a number of conditions, including major depressive disorder and obsessive-compulsive disorder (OCD). In 2020, the Food and Drug Administration (FDA) granted breakthrough device designation to a TMS device for the treatment of bipolar depression.

Side Effects and Considerations

Side effects are an essential consideration for any type of medical treatment, including TMS. Generally, most people can undergo TMS without experiencing serious side effects. Some of the potential TMS side effects include:

Our TMS Treatment Options and Process 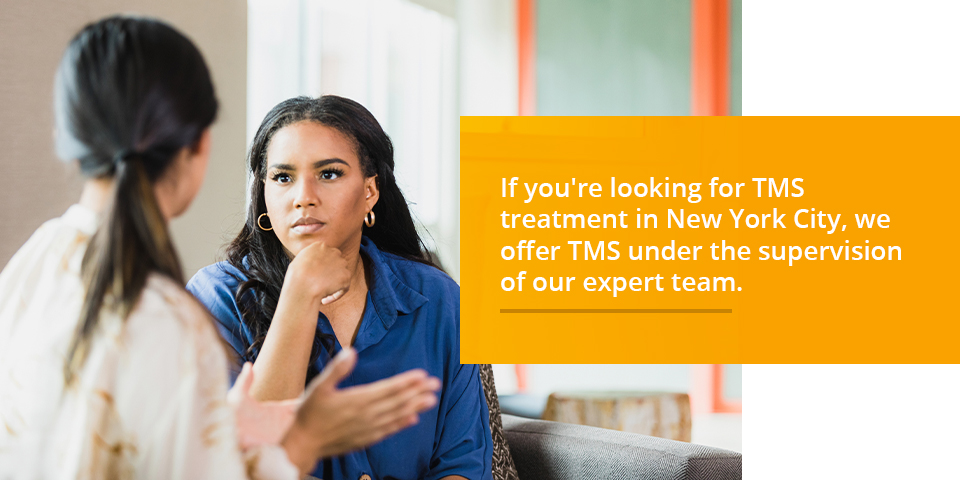 If you’re looking for TMS treatment in New York City, we offer TMS under the supervision of our expert team. At Principium Psychiatry, we work hard to develop a personalized care model designed to meet your individual needs. We accept insurance for TMS, including Medicare, and we offer flexible payment options. Our team is dedicated to working with you to get you the innovative, effective care you need.

Learn more about our approach to TMS and schedule your first appointment online.

What Is the Difference Between Psychiatry and Psychology?
March 30, 2022
Categories