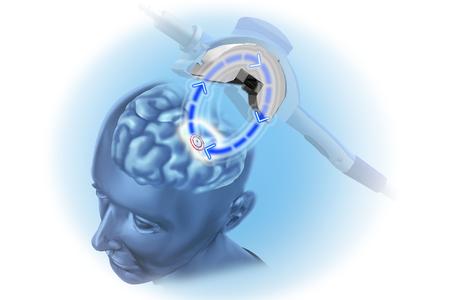 The earliest accounts of depression were recorded in the second millennium BC in ancient Mesopotamia. However, the true nature of depressions eluded many scholars for a great number of years. But as medical science evolved a myriad set of treatments emerged. The treatments of past, from bloodletting, baths, and even local shamans, have all but been thoroughly repudiated.

Transcranial Magnetic Stimulation commonly referred to, in brevity, as TMS has been one of the more recent developments in depression therapy. TMS is a non-invasive procedure that does not require surgery or electrode implantation. TMS can be approached as a diagnostic or therapeutic application.

TMS, in the context of depression treatment, has been FDA approved since 2008. This approval has only expanded to include the treatment of certain migraines.

The signs of depression vary but include shopping sprees: for people who are depressed compulsive buying online or in stores could be a sign. It serves as a distraction or self-esteem booster.

Forgetfulness: Commonly linked with old age has also been associated with the young and can be another sign of depression.

Drinking Heavily: This is an epidemic in many nations including the United States. Cited as another coping device for those suffering from depression and anxiety.

Other signs include excessive internet use, binge eating and obesity, shoplifting, back pain, risky sexual behavior, exaggerated emotions, problem gambling, smoking, and not taking care of yourself.

Dr. Cohen, who commands a wealth of experience and respect in his field, offers TMS in a discreet manner orchestrated in a private setting with a view towards New York’s Central Park.

TMS for Depression in the Elderly (“Geriatric Depression”)
November 19, 2018