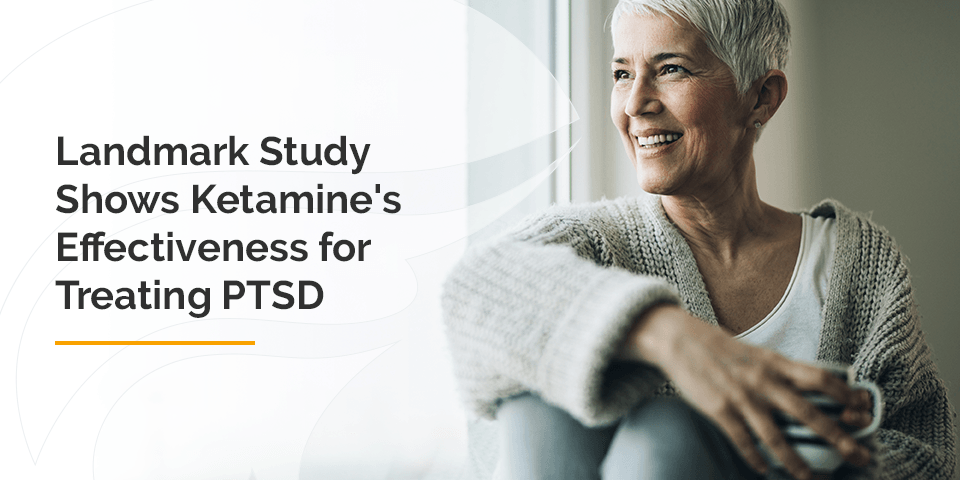 A new medication for PTSD could offer much-needed relief for thousands of people. This latest study adds to a growing body of research showing that ketamine targets the brain’s N-methyl-d-aspartate receptor, part of the brain associated with memory and learning. Ketamine or esketamine as PTSD treatment offers a ray of hope for those who have seen limited benefits with other treatment methods.

Background on the Study and Methodology

The study, conducted at the Icahn School of Medicine at Mount Sinai, was the first randomized, controlled trial of repeated ketamine intravenous therapy treatment for PTSD. Various individuals and organizations funded the project, including the National Alliance for Research on Schizophrenia & Depression, the Mount Sinai Innovation Partners and the Ehrenkranz Laboratory for Human Resilience.

Past studies have shown ketamine to be helpful for other mental illnesses, including depression and obsessive-compulsive disorder. Many patients with depression or OCD see limited benefits from medications with serotonin reuptake inhibitors or cognitive behavioral therapy. Ketamine works differently, targeting the NMDA receptor, which seems to provide more rapid symptom relief. While a growing number of clinical trials show ketamine’s potential for OCD and depression symptom management, researchers are only beginning to understand how ketamine can help those with PTSD.

The Mount Sinai researchers were also the first to conduct a randomized, controlled trial of single-dose ketamine IV treatment for PTSD in 2014. The initial, single-dose study revealed promising results — patients experienced notable and rapid symptom reduction within 24 hours. This follow-up study shows the long-term effects of ketamine in addition to its rapid capabilities.

For this study, 30 participants received a random assignment of either ketamine infusions or psychoactive placebo infusions, administered a total of six times over two weeks. The chosen placebo was midazolam, which has parameters and non-specific behavioral effects similar to ketamine.

Each participant in the study had severe, chronic PTSD with a range of primary trauma event causes. Participants’ trauma included sexual assault, physical assault, abuse, witnessing violence and combat exposure. The trauma had a median duration of 15 years, and about half of the participants took concomitant psychotropic medication.

Trained study raters evaluated each patient at baseline, weeks one and two and each infusion day. They administered standard rating scales for PTSD and depression assessment — the Clinician-Administered PTSD Scale for DSM-5 and the Montgomery-Asberg Depression Rating Scale. 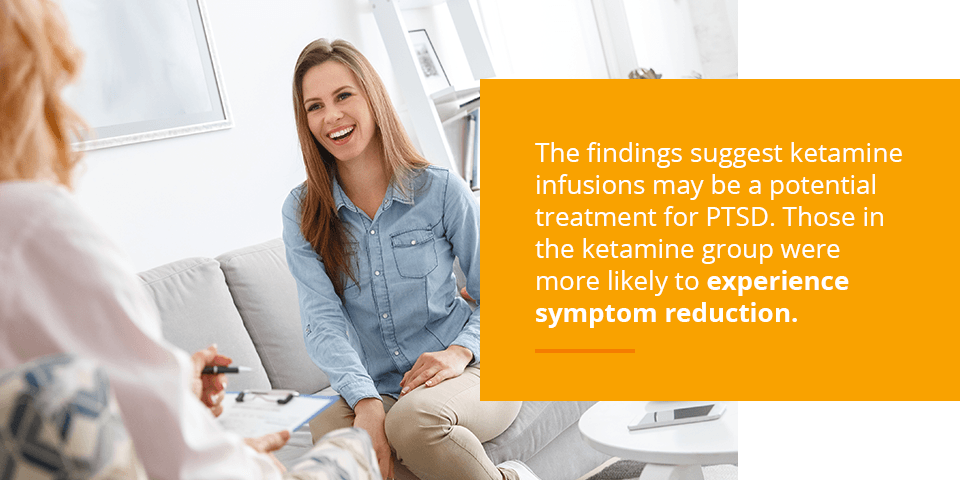 Findings of the Study

The ketamine infusions showed association with notable improvements in three out of four PTSD symptom clusters, which were:

These symptom improvements were rapid, as they were in Mount Sinai’s initial study. Researchers saw symptom improvement within 24 hours of the first infusion. The improvement was also long-lasting, sustained for a median of 27.5 days after the first outcome assessment. The ketamine group also experienced a reduction in comorbid depression, which is typical for people living with PTSD. Researchers noted the findings were satisfying and heartening.

This study’s conclusions warrant future studies to ensure the treatment method’s safety and effectiveness. The researchers suggest future studies should involve ketamine administration over a prolonged period and combine trauma-focused psychotherapy with the treatment. This approach will create a more realistic and complete picture of ketamine’s influence on PTSD patients.

For now, patients can seek ketamine treatments for specific mental health conditions. The Food and Drug Administration has approved the use of esketamine nasal spray. As of yet, the agency has only approved it for use in easing depression symptoms, but a ketamine-infused nasal spray for PTSD might be possible someday soon.

This study has significance for those who have PTSD, especially those with treatment-resistant complex PTSD. PTSD affects all aspects of life, with sufferers avoiding triggering situations and often experiencing comorbid depression or anxiety. A lack of universally effective treatments can contribute to feelings of hopelessness for sufferers and their loved ones. Having a potential new treatment could serve as a vital beacon of hope.

Improving and expanding on PTSD treatment methods is essential for everyone. PTSD is not a condition someone is born with — it can happen to anyone at any point in life. Significant portions of trauma victims end up with PTSD. Almost half of rape victims, 40% of combat veterans, 14% of those who experience a sudden loss and about 30% of young adults with a mental illness develop PTSD. Since anyone can have this disorder, we all have a vested interest in researchers finding the best possible treatment — ketamine shows promise as a viable solution.

During our ketamine treatment process, we focus on making the patient’s experience relaxing and personalized. Our New York-based mental health clinic is a treatment center for a range of mood and anxiety disorders. Our professional team of graduates from schools like Yale University and Cornell Medical College works together to create the most effective and comprehensive treatments for our patients. We provide cutting-edge medication therapy and psychotherapy. 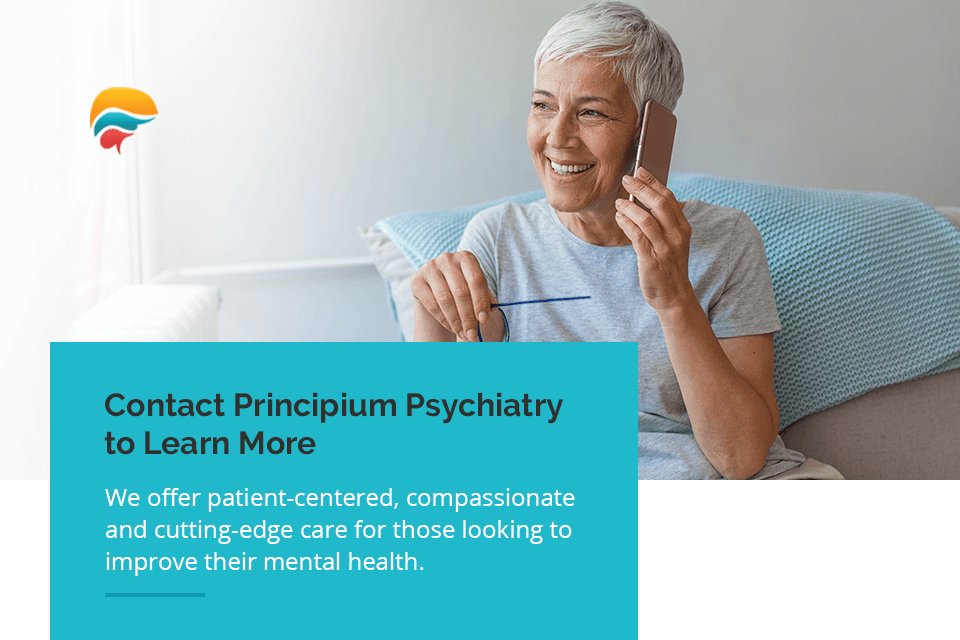 Medication can help those who suffer from mental illness by altering the brain’s structure and functions. Existing medications are not always effective for all patients, but ketamine is an emerging treatment drug for several mental health conditions. This landmark study supports the conclusion that ketamine can provide rapid, safe and sustained relief from symptoms of debilitating mental illness.

How Long Does a Ketamine Treatment Last?
August 4, 2020
Categories