Can You Combine Ketamine Treatments With Other Medication? 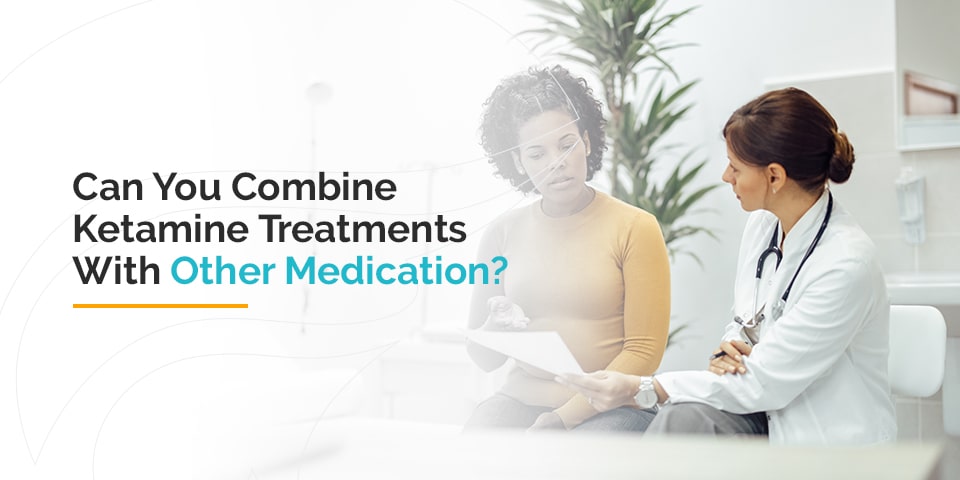 Ketamine was first used as an anesthetic and is mainly used for the same purpose today. However, it’s also used to treat severe depression. When used as advised by a physician, ketamine infusion therapy can be used to treat mood disorders, especially treatment-resistant depression.

Where other treatments may have failed, ketamine can provide relief. Ketamine can be combined with other medications, such as antidepressants and antipsychotic medications, to treat various mood psychotic disorders. Continue reading to learn what medications doctors commonly prescribe alongside ketamine and which medications can inhibit the effects of the drug.

Many people ask whether you can take ketamine on antidepressants. Some people also wonder if combining ketamine with other medications is safe.

There are no adverse effects of combining ketamine and other drugs used to treat mental health conditions in most cases. However, it’s essential to understand how the use of ketamine impacts each medication differently, so you and your doctor can make an informed decision before beginning ketamine therapy.

Commonly, doctors prescribe selective serotonin reuptake inhibitors (SSRIs) to manage depression and anxiety disorders. These medications work by increasing the level of serotonin — a neurotransmitter — in the brain, influencing mood, sleep and emotion. This chemical messenger becomes reabsorbed by the nerve cells after doing its job. SSRIs block that from happening, allowing more serotonin to pass additional messages to other nerve cells.

SSRIs and ketamine can effectively treat major depression and anxiety when paired together, as ketamine affects the N-methyl-D-aspartate (NMDA) and glutamate receptors, which are essential amino acids in the brain.

Further, serotonin-norepinephrine reuptake inhibitors (SNRIs) are medications used to treat many mood disorders and mental health conditions, such as major depression, anxiety, ADHD and obsessive-compulsive disorder (OCD). SNRIs are antidepressants that work with Adderall since they’re used to treat ADHD. SNRIs change the brain chemistry and regulate mood, improving symptoms of various disorders by blocking the reuptake of different neurotransmitters.

MAOIs, or monoamine oxidase inhibitors, are antidepressants used to treat depression, panic disorder and various social phobias. MAOIs work by providing monoamine oxidase to the brain, which triggers the release of dopamine, serotonin and norepinephrine. These neurotransmitters help improve mood and the symptoms of various mental health conditions.

MAOIs are prescribed less frequently due to various side effects, and patients are usually carefully monitored and placed on a special diet. MAOIs can be combined with ketamine to treat depression but should be done with caution — Ketamine should only be administered to patients taking MAOIs under a skilled and experienced psychiatrist. At Principium, we have extensive experience with treatment-resistant depression, including patients on MAOIs, and can evaluate and treat such patients with ketamine. 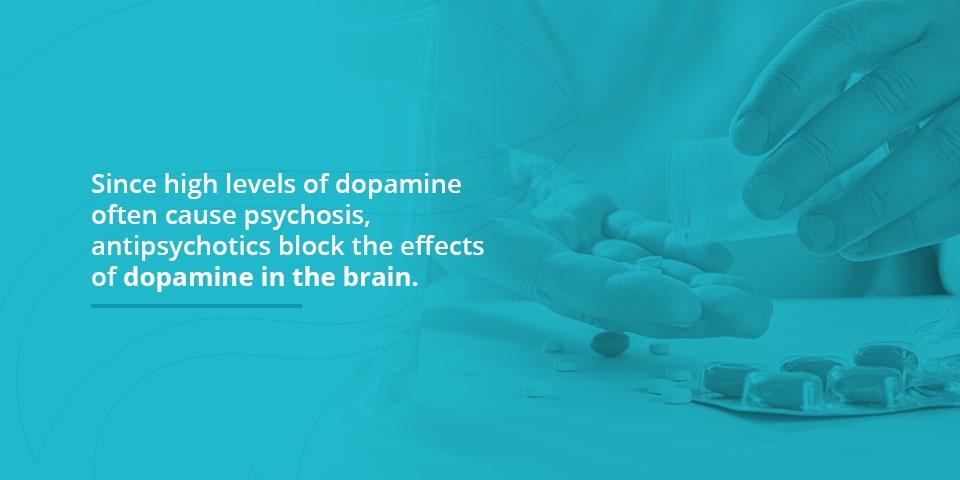 Additionally, two other types of medication that are commonly paired with ketamine include mood stabilizers and antipsychotics.

Usually, doctors prescribe mood stabilizers to treat mood swings and regulate emotions in people with mood disorders, including depression, bipolar disorder and schizoaffective disorder. These conditions often cause fluctuations in mood, such as mania in people with bipolar disorder. Taking mood stabilizers helps even out emotions to a balanced level.

Some people will need to use mood stabilizers long-term to find relief. These medications can be paired with ketamine to treat bipolar disorder and depression, improving the patient’s overall symptoms. Consult with your doctor if you need additional treatment. Be sure to continue taking mood stabilizers unless your doctor says it’s OK to stop, as stopping suddenly can cause harmful withdrawal symptoms.

Since high levels of dopamine often cause psychosis, antipsychotics block the effects of dopamine in the brain. While some people believe ketamine can increase the symptoms of psychosis, research finds that short-term ketamine treatment does not worsen psychotic symptoms and can be effective at treating psychosis. However, it’s always important for your doctor to monitor your health and symptoms when undergoing ketamine treatment to determine its effectiveness and potential new symptoms.

Medications That Interfere With Ketamine 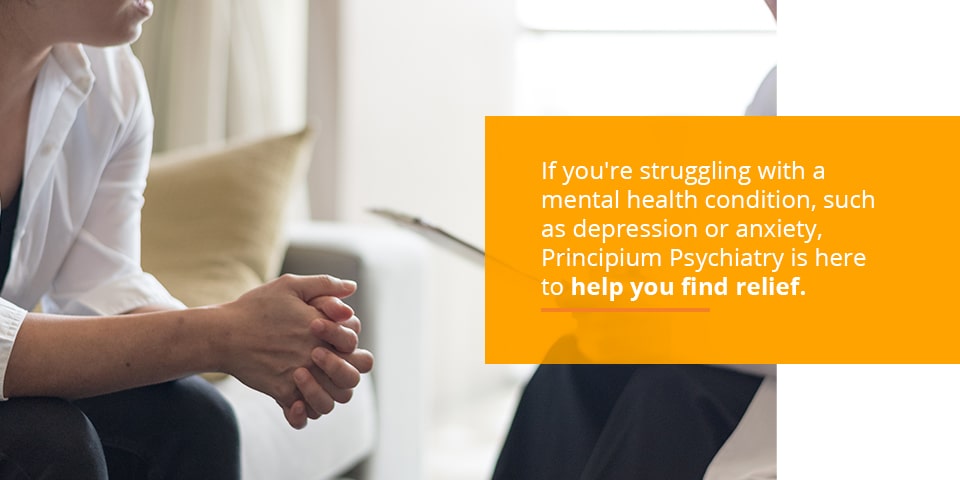 If you’re struggling with a mental health condition, such as depression or anxiety, Principium Psychiatry is here to help you find relief. We’re dedicated to providing our patients with comprehensive treatment to tackle their mental health challenges and improve their quality of life. We offer ketamine infusion therapy alongside psychotherapy, psychopharmacology and transcranial magnetic stimulation (TMS).

We’re located in the heart of New York City but offer treatment to local and international clients. Our treatments are patient-centered, putting your needs and care first. Our staff works diligently to provide effective and comprehensive treatment options for all patients.

Contact us to learn more about how we can help you find relief or schedule an appointment today.

Ketamine and Dissociation: What is it?
December 21, 2020
Categories